State of Alert and changes to ACT Government services

The State of Alert is about preparedness. Park, campground and visitor centre closures are in place.

Home Infrastructure projects Changes to the list of projects 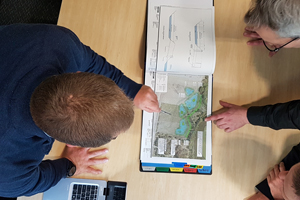 The ACT Healthy Waterways project started with the selection of some 500 sites. From that point, the challenge for the project team was to identify those that would provide the best water quality outcomes in the most cost-effective way.

Thirty-six projects were presented for community consultation in August 2016 after which a managing contractor was appointed and detailed design undertaken.

As expected, further investigation as part of detailed design revealed issues with some sites that affected either the water quality outcomes or the cost. Feedback from the community also influenced final decisions. As a result, there were changes to the final list of construction projects.

The following projects, included in the list initially presented for community consultation, were not progressed:

Two research projects were proposed right at the beginning of planning.

One of these was to be conducted in Jerrabomberra Creek. However, investigations by the project team determined that the waterway in Fyshwick did not represent a typical urban stormwater system.

Now called the Urban Stormwater Pond Research Project, it will focus on ponds in North Canberra, Dunlop and Coombs.