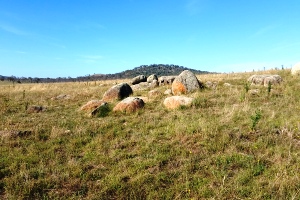 Natural Temperate Grasslands are considered to be one of the most threatened Australian ecosystems. They are listed in the ACT as Endangered and listed nationally as Critically Endangered.

The ACT contains significant remnants of the remaining extent of Natural Temperate Grassland in the region. As such, our native grasslands are a priority for protection and management. They exist within the ACT Reserve System, urban lands and on our rural leased land.

The priorities for the ACT's Natural Temperate Grasslands are:

See the Grassland restoration in the ACT StoryMap for more information about our work in grasslands in the ACT.

Natural Temperate Grasslands in the ACT have experienced a gradual decline over the past two decades. The Millennium drought (2003-2010), followed by a number of very wet years, has resulted in too much biomass (grass) and invasion of weeds, and has impacted upon the habitat quality of threatened species that exist in ecological communities. In response, ACT NRM has provided partnership support to various programs aimed at improving biodiversity outcomes in grasslands through: 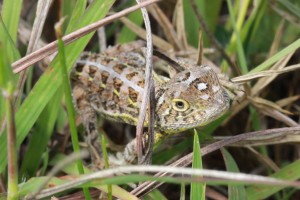 Grassland Earless Dragons (GED) came close to local extinction in the ACT during the Millennium Drought (2002 to 2010). While recovery in the wild is being closely monitored, the GED remain highly vulnerable to future drought. Captive breeding is being used to safeguard the GEDs against the risk of future serious droughts.

The ACT's only captive population of GED is currently held in the University of Canberra (UC). In partnership with ACT Government, UC has been researching breeding and release of GED in the ACT. A strong component of the research has focused on the potential impacts of climate change on GED, including environmental triggers for breeding and foraging.

The project aimed to:

The urbanised Ginninderra Catchment contains numerous disconnected patches of remnant native grasslands. For over ten years, the Ginninderra Catchment Group (GCG) and North Belconnen Landcare Group have been working on a series of fire trials as part of the Ginninderra Grassland Restoration Program. This community-driven citizen science project is focussed on examining and implementing management regimes for protecting and enhancing remnant patches of native grasslands.

Evidence from the last ten years of research shows that autumn burning has increased the size of existing native grassland patches, as well as improved native plant diversity, particularly when compared to spring burning, mowing and no management (control) plots.

In 2016, the project expanded to thirteen sites with varying grassland quality throughout the Ginninderra Catchment. It will provide information regarding the most cost-effective methods for restoring native grasslands while providing on-ground restoration at a number of sites. Revegetation with native forb species is part of the project.

This community-driven project demonstrates what can be achieved with community-government partnerships. The effort of Ginninderra Catchment Group and associated Landcare groups and members is backed by funding from the Australian Government's National Landcare Program Regional Delivery funding.

For more information on how grasslands are enhanced see the Ginninderra Project website.

The focus of this small project was to improve the accessibility of grasslands to the public, through the installation of interpretative signage. The project also helped to continue to raise community awareness of the importance of threatened species in our grassland reserves.

The new signage is located at: