Aboriginal NRM programs help with identifying and supplying specialised training, creating partnerships, support staff and programs with advice and communication, workshop new and innovative methods and being an advocate for Traditional Custodians expressing their views.

ACT NRM is passionate about assisting the Aboriginal and Torres Strait Islander community to implement Traditional land management. Aboriginal people have been managing country with fire for thousands of years. It is highly important that these processed and traditions are not lost and the country can benefit from the right kind of fire management regimes.

Aboriginal fire management is an important aspect of Traditional Land management and when supported can have major environmental, social and economic impacts on the community.

ACT NRM held an Aboriginal fire forum for the South East of Australia in May 2018. The forum focused on connecting Aboriginal people who are involved in fire management to discuss how Aboriginal ecological knowledge in fire is being used to manage and protect their traditional lands.

The purpose of Aboriginal Waterways Assessments (AWA) is to provide a tool for Aboriginal communities to consistently measure and prioritise river and wetland health so that they are better placed to negotiate for their country's water needs. Rigorous mechanisms, beyond the usual economic and environmental indicators, that help explain the importance of water to particular places are critical for effective involvement of Aboriginal people in water planning processes.

All rivers and creeks in the region drain into the Murrumbidgee River which is an important Traditional pathway.

In consultation with the Ngunnawal Elders, 14 sites were chosen for assessment as well as a number of special places. There are five major rivers in the area assessed during the Ngunnawal AWA.

The Namadgi Rock Art Monitoring Program involves the management of rock art sites in Namadgi National Park. This program is a collaborative partnership between Healthy Country, Namadgi National Park and the local Aboriginal community, established in 2008 to facilitate the development of a Conservation Management Plan (CMP) for all the rock art sites.

Plants like Native Raspberry (Rubus parvifolius), Kurrajong Tree (Brachychiton populneus) and Silver Wattle (Acacia dealbata) are native to southeast Australia and have much significance to many Aboriginal Nations including the Ngunnawal people. The guide describes not only the Ngunnawal names, values and uses of plant species, but also identifies common and botanical names to help readers.

First released in 2013, the momentum of the development of the book has not stopped since its release to the public.

It is being used in various programs including:

Find out how to buy a copy of the Guide.

The first Native Plant Use Forum was hosted in 2019 by the Environment, Planning and Sustainable Development Directorate (EPSDD) and the ACT NRM team.

Day one was held at Exhibition Park in Canberra (EPIC), where presentations and workshops from industry leaders engaged participants in actively learning about native plant uses.

Day 2 comprised of a field day at Tidbinbilla, where participants were given the opportunity to experience a cultural weaving workshop, a wetlands walk and demonstrations of traditional artefacts.

The forum provided an opportunity to share, strengthen and learn about past, present and future native plant use.

It was a highly successful and engaging event that encouraged participants to partake in hands-on activities in an inclusive, respectful environment.

A big thank you to all those involved from ACT NRM and the Murumbung Network who were part of this event! 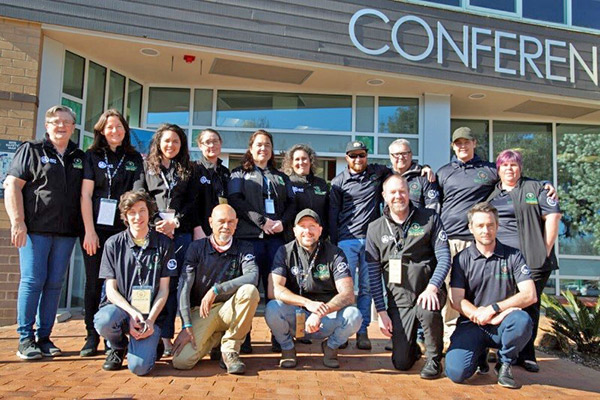