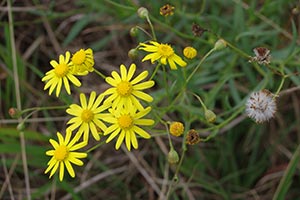 What is an invasive plant?

Plants that grow in sites where they are not wanted are weeds. This is a very broad term and includes everything from amenity weeds to invasive plants.

The impact from invasive plants is massive, in the worst documented cases:

The following interactive maps show the locations where invasive plant control has been undertaken. The map for the current financial year is a ‘live’ map – it will update automatically as work is completed.

The ACT Weeds Strategy 2009-2019 has been developed to reflect contemporary best practice in keeping with community expectations. The Strategy aims to reduce the impact of weeds on the environment, the economy, human health and amenity. It recognises that weed management is an integral component of sustainable management of natural resources and the environment, and that weed management requires an integrated, whole of community and government approach.

A range of attractive, native plants will be available for swapping, including small trees such as wattles, shrubs including grevillea and correa, groundcovers like Rock Daisy and native tussock grasses. All the plants are supplied by local growers and are very hardy in the Canberra region.

Weed swap weekend provides Canberrans with an opportunity to exchange invasive plants from their garden for free Australian native plants.

This event, which has been well supported by the community for 14 years, is a partnership between the Australian Native Plants Society and the ACT Government.

Some common invasive plants to look out for in your garden

Garden weeds such as cotoneaster, pyracantha, privet, broom, ivy and periwinkle can be swapped for a free native plant including ground covers, grasses, shrubs and some trees.

Pictured here are the weeds; blue periwinkle, cotoneaster and firethorn.

Stalls will be manned by volunteers who can tell you about the benefits of our native plants, the dangers of invasive weeds, how to combat them and the species you are likely to find in you garden.

Eradicating invasive plants from suburban gardens is central to preserving the native ecosystem around Canberra. Invasive weeds commonly escape from gardens into bushland where they grow vigorously, threatening local plant and animal species.

Weed swap is a free program supported by the ACT Parks and Conservation Service. The program is run in conjunction with the Australian Native Plants Society. Residents of Canberra may bring in their invasive plants and exchange them for free native plants.