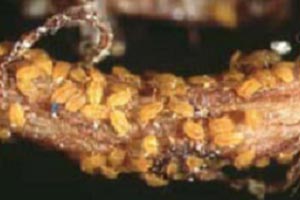 Grapevine phylloxera, Daktulosphaira vitifoliae, is a small (up to 1 mm long) aphid-like insect that lives and feeds exclusively on the roots of grapevines and occasionally in distinctive galls on grapevine leaves.

Phylloxera originates from eastern North America, where it lives on native grapevines. However, the insect is now present in most of the world’s viticultural regions as a result of the movement of phylloxera-infested grapevines, especially in the late 1800s. European (Vitis vinifera) vines have little or no tolerance to phylloxera feeding and almost always die. The species is thus regarded as the world’s worst grapevine pest.

The rust caused by Uredo rangelii, which is known as Myrtle rust, was detected in Australia on 23 April 2010 on a cut flower growing property on the central coast of New South Wales. The rust was confirmed on Agonis flexuosa (willow myrtle), Syncarpia glomulifera (turpentine) and Callistemon (bottlebrush) species growing on and near the property.

Rusts are highly transportable. Their spores can be spread on contaminated clothing, infected plant material and equipment and by insect movement and wind dispersal. Fungi in the guava rust complex affect commercial plant growing operations and native ecosystems. They typically attack young plants and new growth on established plants.

For more information see the list of species being infected by Myrtle rust in NSW, Queensland and Victoria.

Some of these species may not occur in the ACT.

Sample photographs of myrtle rust are produced for identification. 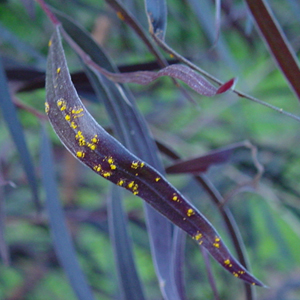 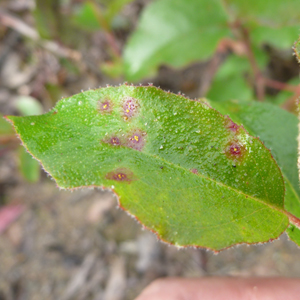 The Elm Leaf Beetle (Pyrrhalta luteola) can defoliate an elm tree in a week if untreated and currently poses the greatest threat to the elm tree population in Australia. First spotted in Australia in 1989, it has now spread throughout Victoria and several cases have been reported in the ACT. Read more on the elm leaf beetle.