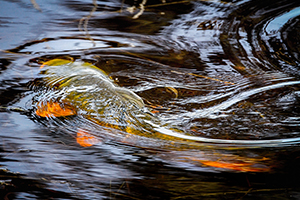 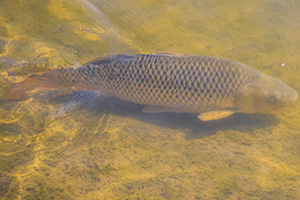 Carp are present in every state and territory in Australia, except the Northern Territory. They are present in high numbers in most of the ACT’s lakes and rivers.

Carp are an introduced species meaning they are not native to Australia. They are considered the worst freshwater aquatic pest in south-eastern Australia, particularly within the Murray-Darling Basin. Some of their many environmental impacts include:

The Australian Government is currently undertaking the National Carp Control Plan (NCCP). This is a $15 million program to identify a safe, effective and integrated range of measures to control carp populations in Australia. The key component is exploring the possible release of the carp virus, Cyprinid herpesvirus 3, which would significantly reduce populations.

Detailed risk assessment and extensive research, planning and consultation will be undertaken to ensure the benefits and risks are fully understood so that recommendations can be made to governments at the end of 2018.

The ACT Government is represented on national advisory and working groups to help plan for potential carp control.

Community briefing sessions are being held across Australia to ensure affected communities are provided up-to-date information on the project and also provide a forum for people to ask questions and provide feedback.

A session is planned for Canberra in February 2018. Further details will be provided once confirmed.