While kangaroos are native animals, they are still able to impact negatively on other native species. Remnants of lowland natural temperate grassland and yellow-box red-gum woodland communities are now small, and highly fragmented. The vast areas of ideal grassland and woodland in the 'Bush Capital' contribute to a high density kangaroo population.

The ecosystem is out of balance in certain areas due to changed land use and the loss of top order predators such as the dingo and Thylacine. Around the world, the loss of top predators has often been regretted. For example, efforts are now being made to return wolves and bears to the mainland United States of America. Top predators are imperative for healthy ecosystem functioning. By keeping other populations in check, predators ensure that a multitude of species occupying a variety of environmental niches can survive and thrive.

Hunting by Aboriginals and early Europeans has also ceased. In the absence of predators, large herbivores like eastern grey kangaroos can maintain the ground layer vegetation in a permanently eaten down condition.

In Australia many studies provide evidence that removal of the dingo is linked to increased activity of herbivores and the invasive red fox and to the loss of grass cover and native species of small mammals. In the absence of a predator level, large herbivores like eastern grey kangaroos can maintain the ground layer vegetation in a permanently eaten down condition.

Ground layer vegetation is also home for small animals such as grassland earless dragons, striped legless lizards and ground feeding birds. When eaten down, the grasslands no longer provide adequate food or shelter from predators for these small animals leading to a decline in their populations and potentially localised extinction. To protect the remaining populations of these small animals and rare plants, kangaroo grazing needs to be kept at moderate levels. Kangaroo grazing has a negative impact on lizards when grass tussock levels are grazed below a height of 20cm.

Grassy woodland is critical habitat for four woodland bird species (listed below) declared threatened in the ACT. These birds depend on ground layer vegetation, feeding on or near the ground. Heavy kangaroo grazing impacts on birds by suppressing the seeding of grasses which birds rely on for food. There is evidence several woodland bird species are in decline in the ACT region. Examples of endangered species in ACT known to be impacted on by heavy kangaroo grazing include: 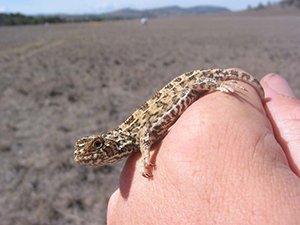 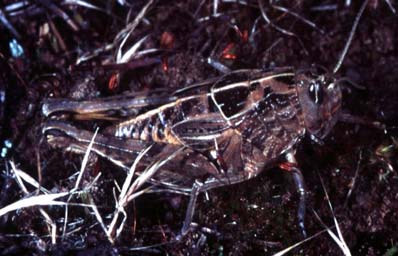 The demise of any population has many contributing factors. Given the current vulnerable state of grassland habitat in the ACT, it only takes a couple of other contributing factors to threaten an endangered species. For the conservation of endangered grassland ecosystems it is desirable to maintain grassland conservation densities. This means kangaroo densities need to be maintained in a range of approximately 0.6 to 1.5 kangaroos per hectare in grasslands. For grassy woodland areas a lower density is likely to be optimal.

Grazing impacts from all herbivores are considered along with other threats such as weed invasion. Rabbits are being controlled in many of the same reserves as kangaroo culls are undertaken. Weeds are also being targeted in certain areas where they pose threats to endangered species.