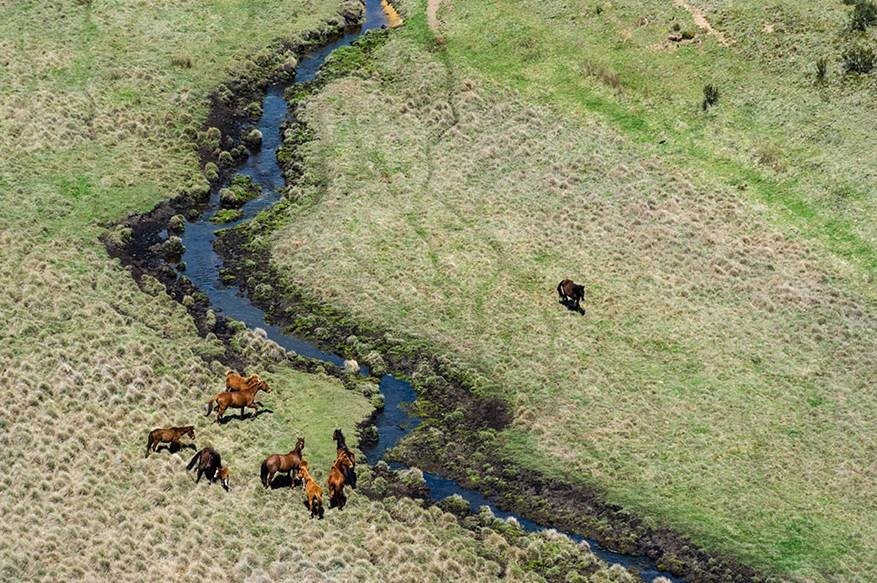 Over the last 13 years, there has been a sustained and significant increase in feral horses across the Australian Alps. Research undertaken recently illustrates the significant impact horses are having on water catchments, and the natural and cultural values of the region.

The growing number of horses in the Australian Alps poses a significant threat to biodiversity and sensitive sub-alpine wetlands in National Heritage listed Namadgi National Park in the ACT. This includes areas of the Cotter Catchment that supply water to Canberra and Queanbeyan. It also includes Endangered High Country Bogs and Associated Fens, Ramsar listed Ginini Flats Wetland Complex and other vegetation communities, which provide habitat for rare and threatened species.

Historically, feral horse populations in Namadgi National Park have fluctuated in response to natural events and control measures, including brumby running, barrier fencing, ground shooting, and trapping and humane destruction. No resident feral horses have been recorded in the ACT since 2011.