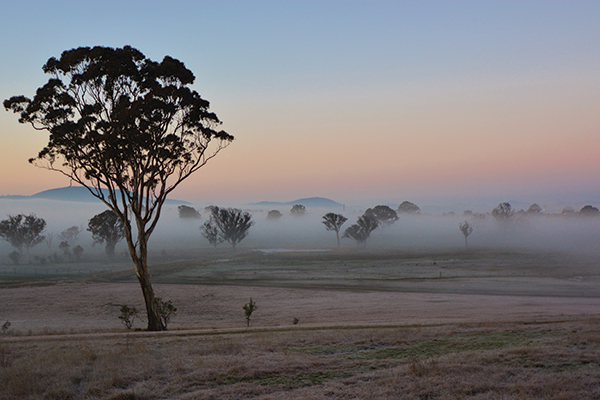 The woodland provides important habitat for a range of plants and animals, including 18 rare and threatened species. In particular, nature reserves at Mulligans Flat, Goorooyarroo, the lower slopes of Mount Ainslie, Callum Brae, Kinlyside and Dunlop provide critical habitat for threatened species. The woodland occurs across land managed by the ACT Government, the Australian Government and private land holders.

Most of the remaining woodland in the ACT is in the northern half of the Territory. The key threats include urbanisation, inappropriate grazing and fire regimes, invasive plants, pest animals and climate change.

Inappropriate grazing can cause significant disruption to plant communities, animal habitat and ecosystems. Frequent fires impact on woodland ecosystems by reducing the density and viability of native plant communities and destroying ground layers like fallen timber and leaf litter. Severe fires can kill native vegetation, including the bigger trees.

The predicted impacts of climate change in the ACT include increased maximum temperatures, prolonged drought, reduced soil moisture, increased intensity of heavy rainfall events, and harsher fire weather. Climate change is likely to alter the structure and floristic composition of the woodland and compromise the resilience of grassy woodland communities.

Under the Commonwealth's Environmental Protection Biodiversity Conservation (EPBC) Act 1999, the ACT Government is committed to assess the impacts of development on any endangered woodland that is slated for development and to provide offset areas if required. Offset areas are managed for conservation, often leading to improved biodiversity outcomes. Thirteen offset areas have been created in the last ten years.

Since the first action plan, much has been done to improve our woodlands, including research, revegetation, understorey rehabilitation and structural enhancement. Actions in the new action plan to support the conservation of the Yellow Box–Blakely's Red Gum Woodland community in the ACT include: