The ACT Government has been exploring long-term solutions to kangaroo overpopulation and overgrazing for some time, including the use of fertility control. An effective fertility control method would be a useful tool to be deployed in a population that has previously been reduced to the desired size by culling, but would not be effective in immediately reducing a population. The fertility control method would reduce the reproductive rate in the population and thus, reduce the amount and frequency of culling required in the future. It could also provide a suitable tool for managing kangaroo populations in areas where shooting is unsafe.

Several viable fertility control options are currently available for kangaroos, including surgical sterilisation, hormone implants or immunocontraceptive vaccines. However,  these agents currently require individual animals to be captured for treatment, sometimes repeatedly, which largely limits their application to small numbers of animals and those in contained populations. The development of an efficient system for remote delivery of a long-lasting fertility control agent is essential for treating larger, free-ranging kangaroo populations. 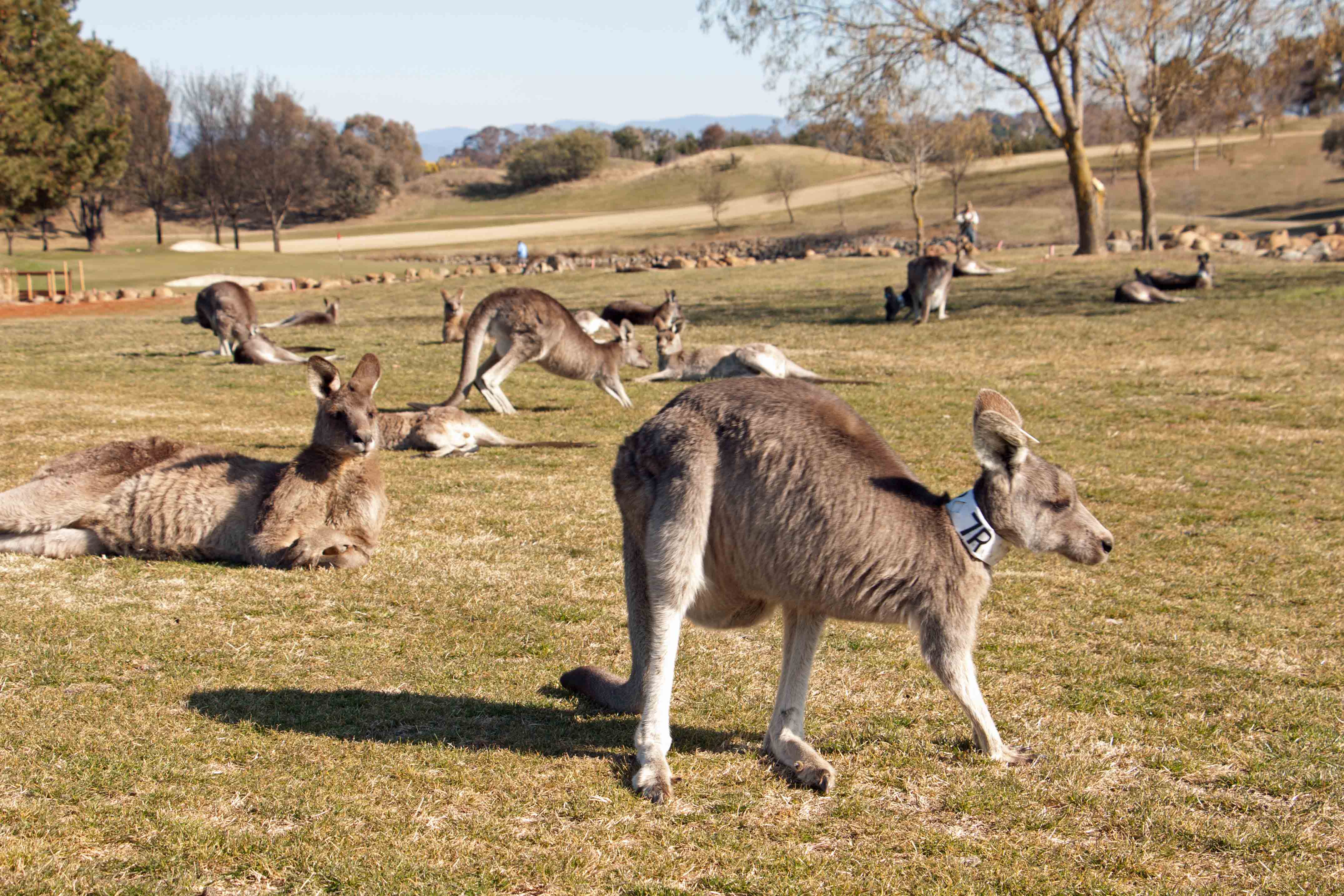 GonaCon Immunocontraceptive Vaccine is currently the most promising fertility control option for kangaroos in the ACT due to its relative ease of application (non-surgical), its duration of effect and the potential for remote delivery. GonaCon is a Gonadotrophin Releasing Hormone (GnRH) immunocontraceptive vaccine that has been shown to control the fertility of various species including white tailed deer, bison and boar. The vaccine works by triggering an immune response which produces GnRH antibodies. When these antibodies bind to GnRH, the hormonal control of reproduction is interrupted. As long as sufficient antibodies are present, the treated animal will not be able to reproduce.  GonaCon is not yet registered for widespread use in Australia and can only be used under a research permit.

Following initial trials of the vaccine in Tammar Wallabies by CSIRO and the Invasive Animals Cooperative Research Centre, the ACT Government joined the research partnership in 2008 to trial GonaCon for the first time in Eastern Grey Kangaroos. This trial produced encouraging results; a single hand injection with GonaCon has blocked the reproductive cycle for eight years so far in a high proportion of female eastern grey kangaroos treated as sub-adults.

The ACT Government and CSIRO are continuing to research the use of GonaCon for kangaroos, including investigating a dart delivery system for administering the vaccine remotely.  Extensive trials were undertaken prior to testing on live kangaroos to identify a suitable dart for humanely administering the vaccine. A method of visually marking the kangaroos as they are treated has also been trialled to avoid individuals being vaccinated repeatedly. Since September 2015, 142 female kangaroos across five sites in the ACT have been treated with GonaCon or a placebo, administered either by hand injection (81 GonaCon, 10 placebo) or remotely by a dart (51 GonaCon), in order to compare the effectiveness of the two methods. 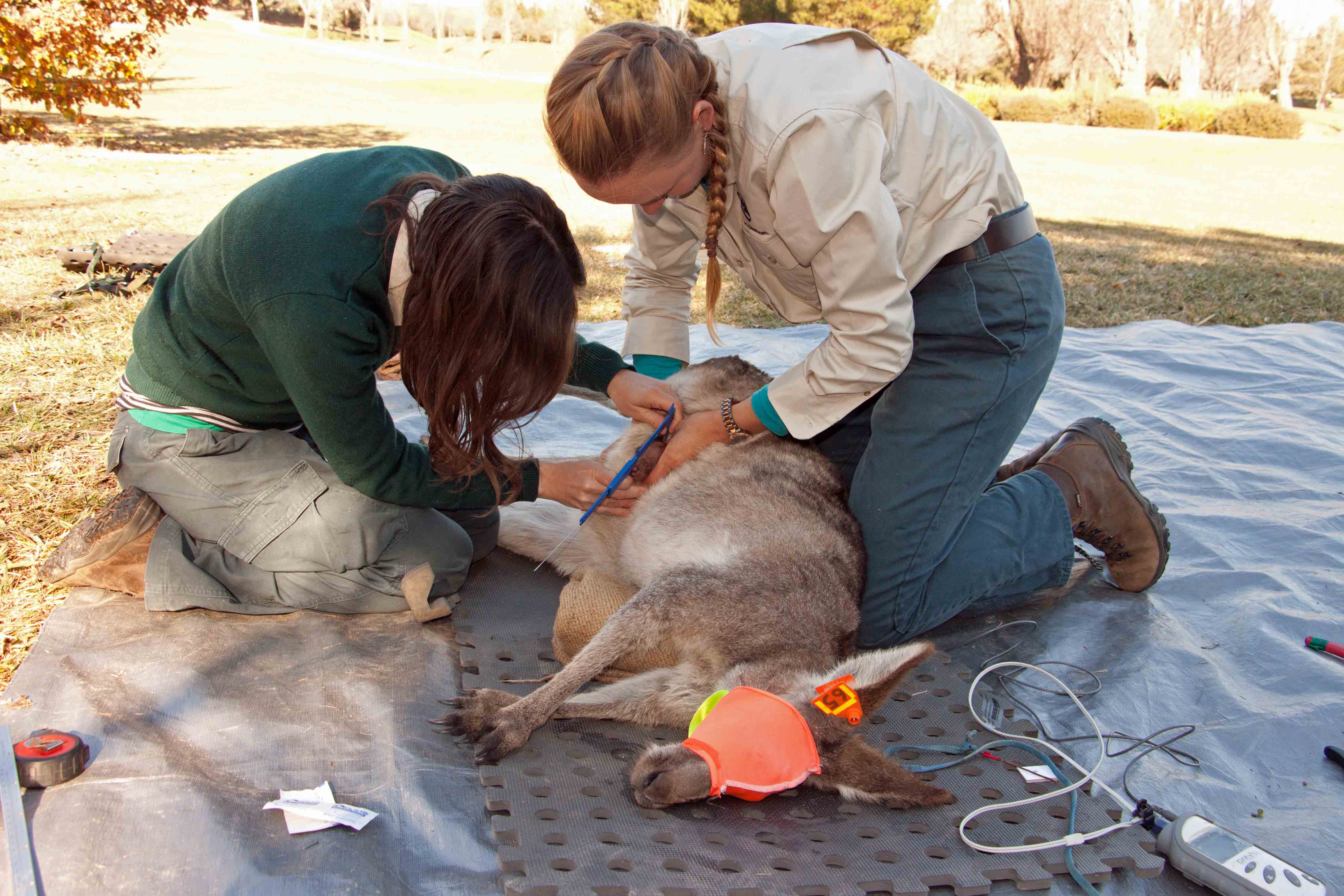 The effects of GonaCon at the population level are also being investigated by comparing population growth and fecundity (the rate of production of young) between treated and untreated populations.   In order to fully evaluate the effectiveness of GonaCon as a population management tool the treated kangaroos and populations will be monitored over the coming years.

If the research concludes that humane dart delivery of GonaCon to wild Eastern Grey Kangaroos is possible, it does cause infertility and reduces the rate of increase of populations, it will provide a non-lethal option for kangaroo management at some sites in the ACT, which would result in a reduction in the frequency and amount of culling required in the future.

See the report Fertility Control of Eastern Grey Kangaroos in the ACT: Assessing the efficacy of a dart-delivered immunocontraceptive vaccine (2018)

For more information about this research call Access Canberra on 13 22 81.