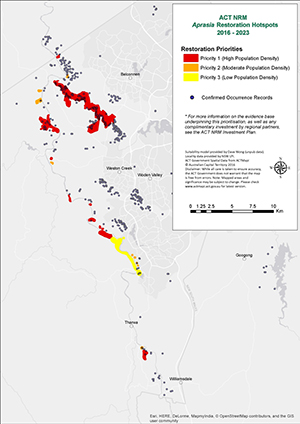 Restoration priorities are shown in the map and as follows:

Priority areas were also identified for future research efforts based upon survey gaps and existing habitat suitability models. The Murrumbidgee Corridor was identified as the highest priority for surveys and efforts will focus on areas under highest threat from weed invasion in the first instance.