Aboriginal and Torres Strait Islander people across Australia identify with Country through a strong cultural connection that brings with it an inherent responsibility to manage and protect country with knowledge that has been passed down for tens of thousands of years. ACT Natural Resource Manament (NRM) will support the Aboriginal and Torres Strait islander community to protect country and its natural resources (such as land, water and biodiversity) through cultural knowledge and practices. Investment will support Traditional Custodians to share cultural knowledge within their families and with others on Country which will include participating in planning management activities.

Traditional Custodians will be supported to identify specific activities and / or geographic areas as appropriate. There are many important areas in the ACT with rich cultural landscapes, suitable for on Country visits and knowledge exchange. Examples of these include Namadgi National Park, Murrumbidgee River Corridor, and Tidbinbilla Nature Reserve.

The Aboriginal Waterways Assessment (AWA) is a tool used with Traditional Custodians on Country to assist in identifying heritage sites, cultural values and traditional use of local waterways. AWAs were undertaken during 2016 and 2017 and helped build an exchange of knowledge between ACT Government and Traditional Custodians, particularly around water planning and management. These assessments have identified the Murrumbidgee River Corridor as an important cultural landscape for Aboriginal people.

Ginninderra Catchment Group in partnership with Aboriginal custodians have undertaken over 20 interpretive walks at sites of Aboriginal cultural significance to share cultural knowledge about country with both Aboriginal and non-Aboriginal people. 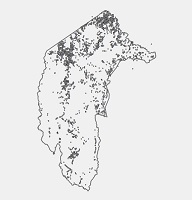 Investment will support more opportunities for Traditional Custodians to become involved in recording, preserving and interpreting registered and recorded cultural sites in the ACT. This will include consulting Traditional Custodians to identify barriers in existing policy and legislative framework, and assist with development of better systems and processes to facilitate greater involvement in site management.

A range of survey work for culturally significant sites has already taken place, such as the ACT Parks and Conservation Service Namadgi Rock Art Monitoring Program, mapping of cultural sites in the ACT and Greening Australia’s ACT Heritage project on culturally modified trees. This work has received strong support from the Aboriginal and Torres Strait Islander community.

Targeted areas will be selected based on a combination of priorities of the Aboriginal and Torres Strait Islander community in conjunction with environmental management priorities.

Investment will support Traditional Custodians to manage Country through traditional management practices such as burning, and cultivation of grasses and forbs.

Burning regimes on native grasslands and cultural sites as identified in the ACT Aboriginal Fire Management Framework developed and coordinated by the ACT Parks and Conservation Service. This Framework is supported by Traditional Custodians who manage and participate in cultural burns.