Connecting with Country and Culture

Connecting with Country and culture has profound benefits on the health and well-being of all Australians, but in particular, Indigenous people who have been interconnected with the land and water as their lifeblood for tens of thousands of years. Providing opportunities for Indigenous Australians to reconnect with Country in a variety of ways has proven effective for improving health and prosperity for individuals and communities. This objective is centered around social outcomes based on getting back to Country. It also includes connections between Indigenous and non-Indigenous Australians connecting with Country and each other.

Investment will focus on development and continuation of programs that help heal Aboriginal people by reconnecting them to culture, community and family. This is in recognition that Aboriginal and Torres Strait Islander people are 15 times more likely to be incarcerated than non-Indigenous people in the ACT. Inter-generational trauma and the Stolen Generation has resulted in loss of identity, drug and alcohol abuse, domestic violence, and low self-esteem for many people.

Programs which support activities that target a variety of different groups within the Indigenous community, such as support groups for men and women, at-risk youth in the education system, people with mental health or substance abuse issues, and people in contact with the justice system.

There are a number of existing programs being run by the Greening Australia in partnership with the ACT Government, including the Culture and Land Management program at the Alexander Maconachie Centre. This is a program that engages Aboriginal and Torres Strait Islander detainees in cultural activities such as horticulture, to connect them to culture.

The ACT Catchment Groups in partnership with Indigenous groups have been undertaking activities relating to site restoration and sharing knowledge over the past 5 years. Cultural Heritage awareness raising has included a series walks and talks, signage and other communication activities.

Research has shown that many Aboriginal and Torres Strait Islander youth experience difficulty in engaging with contemporary education, which can result in high absentee rates leading to disengagement with schooling. Providing a range of tailored experiences in the school setting can lead to more positive feelings about school in general. Being connected to cultural identity, skills and relationships increases the likelihood that students will not only attend school but will be successful.

Priority investment areas have been identified in the figure below. Future investment will focus on:

ACT Natural Resource Management (NRM) is currently delivering the Kickstart My Career Through Culture Program (2016 to 2020) and the Future Leaders Program which are both proving successful to date. 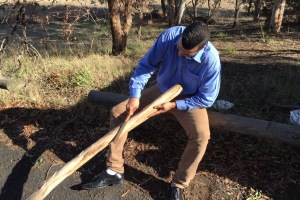 A cohort of young Aboriginal and Torres Strait Islander community members will be trained in leadership skills to be future leaders and ultimately elders in the community.

A number of young people (who identify the ACT region as their traditional lands) will be engaged to develop their knowledge and skills as future leaders, as trusted representatives of their families, tribal groups and the wider Aboriginal and Torres Strait Islander community. There have been strong calls from community for an increased focus on working with young people to harness their energy and aspirations and development as future leaders.

In the ACT, 77% of the Aboriginal and Torres Strait Islander community are under the age of 34. There have been strong calls from community for an increased focus on working with youth to harness the energy and aspirations of young people and to support future leaders in the community.