Declared a reserve in 2014, the Lower Cotter Catchment is managed primarily to protect Canberra’s water supply. Much work has been done to restore the native ecology and therefore the water quality of the Reserve to help the area recover from its turbulent history. See Lower Cotter Catchment Reserve Timeline (PDF 2MB). The most visible signs of this work are the large tracts of planted and naturally regenerating native vegetation. Despite many successes, there is still much work to be done. 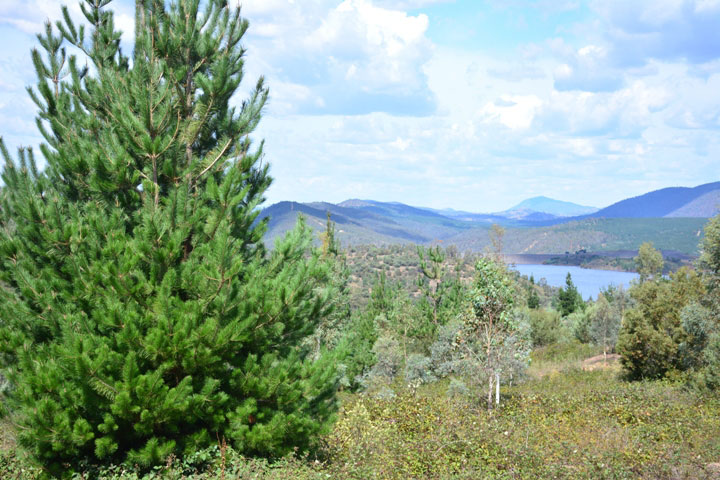 Pine wilding and blackberry
are controlled in the LCC

Controlling invasive environmental weeds is an ongoing challenge faced by the Parks and Conservation Service.  Blackberry and pine wildings are significant problems across the Lower Cotter Catchment Reserve and have spread across large tracts of land.  Both species are invasive, form a dense cover wherever prevalent and displace native plants. Blackberry also provides harbour for pest animals such as rabbits and pigs.  ACT Parks and Conservation Service is controlling pine wildings and blackberry, along with many other weeds, across the Lower Cotter Catchment Reserve. 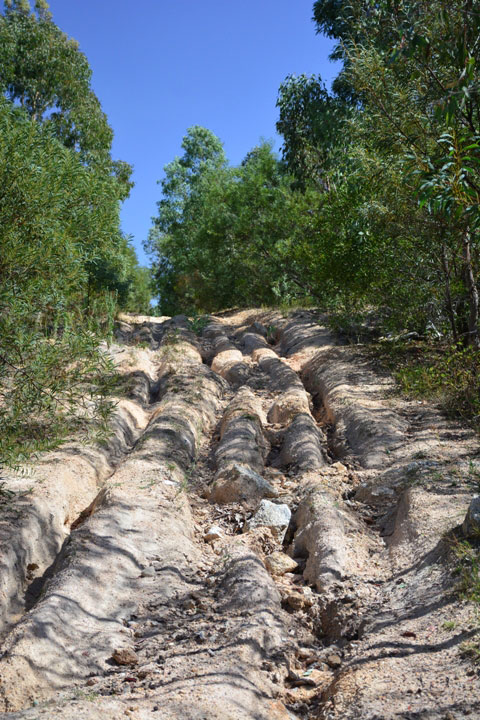 Another key challenge is managing soil erosion which threatens to pollute the Reserve’s water. The many dirt roads of this area were once crucial to the management of the pine plantations, but are now a source of sediment run-off. To reduce this impact, some roads are closed to public traffic and others are being rehabilitated. Other causes of soil erosion are illegal trail bike and vehicle activity.  Access behind locked gates is permitted for pedestrians and cyclists only. Vehicles are allowed behind locked gates on a permit and for research and management reasons only.

On Tuesday 13 December 2016, the ACT Government tabled in the Legislative Assembly it’s response to the Standing Committee on Public Accounts Report No.31 titles ‘Review of the Auditor-General’s Report No.3 of 2015: Restoration of the Lower Cotter Catchment (the Committee Report). The Government has agreed with five recommendations, agreed in part with one and does not agree with one recommendation. For more details please view the Government response to the Committee’s Report.

The Lower Cotter Catchment Reserve is central to our Canberra community, and will be for many generations to come.

The original Cotter Dam provided Canberra’s main water supply up until the 1960s when Corin and Bendora Dams were constructed. We can thank our high quality drinking water today on the strict water protection regulations that have been in place in the upper catchments since the enactment of the Cotter River Ordinance in 1914. As Canberra and the ACT region grow we will begin to once again rely more heavily on the water from the Cotter Dam. As such, we must focus on protecting its quality for our water supply.

Our water for life – Our cultural heritage

The Cotter River and its catchments have been the lifeblood of this region for tens of thousands of years.

Aboriginal people have lived in and managed this landscape for more than 25,000 years and there is extensive archaeological evidence of Aboriginal artefacts, rock shelters, ochre quarries and ceremonial sites scattered throughout the Lower Cotter Catchment. The Canberra region is acknowledged as being on the lands of the Ngunnawal people and the legacy of their ancestors and continuing relationship as Traditional Custodians of the area is still held strong today. The ACT is also acknowledged as a significant meeting place for neighbouring nations including the Ngarigo, Wolgalu, Gundungurra, Yuin and Wiradjuri people, who travelled here for ceremonies, trade and seasonal resources. These gatherings were an essential part of Aboriginal life - to exchange knowledge and maintain a spiritual, social and environmental connectivity between traditional caretakers. The Cotter valley provided an abundant supply of sustainable animal and plant resources for food, medicines and functional items that varied with the seasons.

European graziers arrived in this area in the late 1820s, also attracted by the ever flowing waters of the Cotter River. However many newcomers found life here tough with the harsh climate, remote location and lonely existence pushing many back to work on larger stations. Others survived and prospered as the result of their hard work and dedication. Garrett Cotter, former Irish convict and European namesake of the area became the first permanent European settler in 1832.  You will notice other place names used in this area are also those of successful settlers, many of whose descendents still live here today.

Recreation in the Lower Cotter Catchment

Activities that may seem harmless can do damage, such as:

Refer to the activity icons below the maps to learn more about which activities are suitable.

We thank you for helping us continue the story of this LANDSCAPE IN RECOVERY.

Only recreational activities compatible with the protection of water quality are permitted. Most major roads in the catchment are suitable for 2WD vehicles in dry conditions. Roads suitable for 4WD include Curries Road, Pabral Road and Old Mine Road. Please avoid driving on unsealed roads in wet conditions to minimise damage to the road surface and sediment movement into watercourses. Only registered vehicles are allowed on formed roads. Single tracks are illegal for both motorbikes and mountain bikes.

Dogs are permitted on public access roads and equestrian trails only and they must be on leash at all times. For more information about where you can go with your dog, visit Recreation with my dog. Be aware that 1080 poison is laid throughout the Lower Cotter Catchment Reserve as part of an intensive fox control program. Pathways and roads leading into the baiting area are sign posted. 1080 is extremely toxic to dogs. Please ensure your dog is on a short lead if in the baiting area.

Recreational fishing is permitted in the Cotter River above the junction with Condor Creek, subject to seasonal restrictions and bag limits. The Lower Cotter River provides habitat for two threatened fish including Macquarie Perch and Two-spined Blackfish. Fishing in the Cotter Dam is prohibited.

Car rallies, off-road driving, off-road motorcycling, and camping are other activities prohibited in the Lower Cotter Catchment Reserve. Camping facilities are located nearby at Blue Range Hut and the Cotter Campground, and horse riding is permitted in several surrounding forestry plantation areas including Sherwood.

Since 2006, Greening Australia has partnered with the ACT Government in restoring the Lower Cotter Catchment Reserve, and has engaged thousands of community volunteers in planting and maintaining over 200,000 shrubs and grasses in the Reserve. If you would like to be involved in rehabilitation projects in the Lower Cotter Catchment Reserve, please contact Greening Australia on 02 6253 3035. Volunteer opportunities also exist with Conservation Volunteers Australia and the National Parks Association. 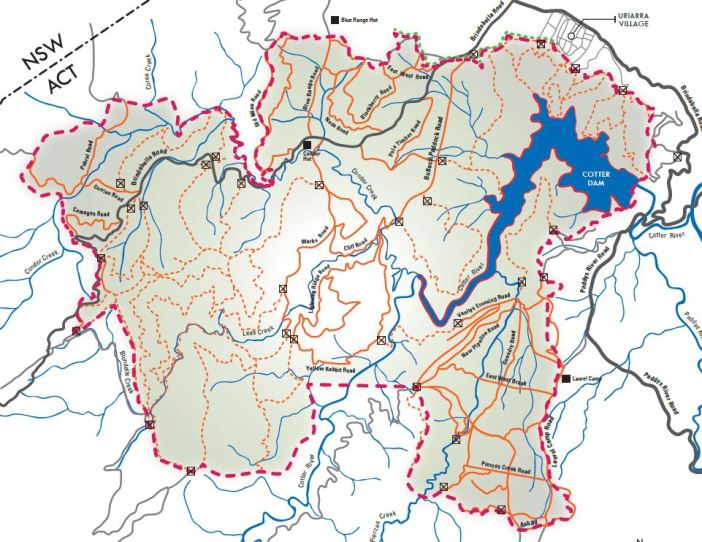